The Weird Middle Ages: A Collection of Mysterious Stories, Odd Customs, and Strange Superstitions from Medieval Times by Charles River Editors
Requirements: .ePUB reader, 2 MB
Overview: In the time period between the fall of Rome and the spread of the Renaissance across the European continent, many of today’s European nations were formed, the Catholic Church rose to great prominence, some of history’s most famous wars occurred, and a social class system was instituted that lasted over 1,000 years. A lot of activity took place during a period frequently labeled derogatively as the “Dark Ages,” and while that period of time is mostly referred to as the “Middle Ages” instead of the Dark Ages today, it has still retained the stigma of being a sort of lost period of time in which Western civilization made no worthwhile progress after the advances of the ancient civilizations of Greece and Rome.

In reality, this oversimplification of the Middle Ages overlooks the progress made in the studies of sciences and philosophy, especially during the High Middle Ages. It also ignores the fact that one of the most important inventions of the last millennium was created in Germany during the Late Middle Ages, the printing press, which allowed the Renaissance to move across the continent and help position Western Europe as the wealthiest region in the world.
Genre: Non-Fiction > History 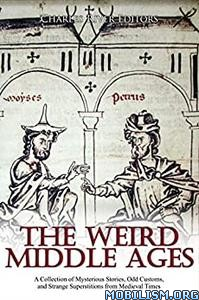