The Week UK – Issue 1254, 23 November 2019
Requirements: .PDF reader, 25 MB
Overview: WHERE NOW? THE HARD CHOICES FACING BRITAIN
Theresa May embarked on a tour of the UK this week to drum up support for her unloved Brexit divorce deal. She and other EU leaders signed off the agreement in a short meeting last Sunday. Both sides declared afterwards that it was the best and only deal available, and warned MPs that voting it down in Westminster on 11 December would not prompt the EU to make a better offer. May said the deal would deliver on the 2016 referendum by, among other things, ending free movement and allowing the UK to pursue an independent trade policy.
Genre: Magazines & Newspapers 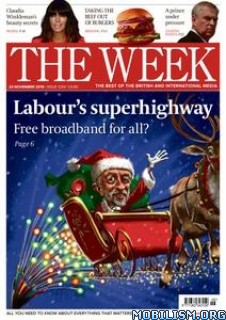