The Visigothic Kingdom of Tolosa: The History and Legacy of the Goths’ Kingdom in Gaul during the Collapse of the Roman Empire by Charles River Editors
Requirements: .ePUB reader, 2.6 Mb
Overview: The birth of Europe as people know it today was hardly an easy and effortless process. The Old World was reshaped by centuries of continuous wars, raids, and the falls and rises of empires. The most turbulent of these events happened at the beginning of the Middle Ages, from the 3rd-7th centuries CE. This was the time when the old slave society gave way to the feudal system that marked the latter Middle Ages, and it was also a period of battles between the Roman Empire and various barbarian peoples. The Roman Emperors waged wars, made and broke alliances, and bribed and negotiated with chieftains of various “barbarian” tribes to preserve the territorial integrity of their Empires, but the razor-edge division between the civilized world of the Romans and that of the “savages” that threatened their borders was dulling with every decade. In fact, the constant need for army recruits swelled the Roman legions with barbarian foederati, a phenomenon that forced both the Romans and Byzantines to use a very subtle way of playing the barbarian tribes against each other via diplomatic schemes and bountiful rewards. A new religion was also taking root: Christianity became a reason for both unification and division, as different people adopted different variations of its teachings.
Genre: Non-Fiction > History 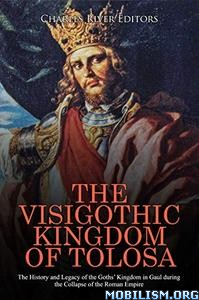