The Structure of Detachment: The Aesthetic Vision of Kuki Shuzo by Hiroshi Nara
Requirements: .PDF reader, 1.8 MB
Overview: Published in 1930, when Japan was struggling to define and assert its national and cultural identity, The Structure of Iki (Iki no kôzô) re-introduced the Japanese to a sophisticated tradition of urbane and spirited stylishness (iki) that was forged in the Edo period. Upon his return from Europe, Kuki Shûzô (1888–1941) made use of the new theoretical frameworks based on Western Continental methodology to redefine the significance of iki in Japanese society and culture. By applying Heidegger’s hermeneutics to this cultural phenomenon, he attempted to recast traditional understanding in the context of Western aesthetic theory and reestablish the centrality of a purely Japanese sense of “taste.”

The three critical essays that accompany this new translation of The Structure of Iki look at various aspects of Kuki, his work, and the historical context that influenced his thinking. Hiroshi Nara first traces Kuki’s interest in a philosophy of life through his exposure to Husserl, Heidegger, and Bergson. In the second essay, J. Thomas Rimer compels readers to reexamine The Structure of Iki as a work in the celebrated tradition of zuihitsu (stream-of-consciousness writings) and takes into account French literary influences on Kuki. The philosopher’s controversial link with Heidegger is explored by Jon Mark Mikkelsen in the final essay.
Genre: Non-Fiction > Faith, Beliefs & Philosophy 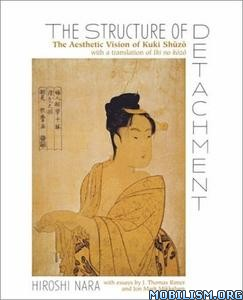