The Rose Shield series by D. Wallace Peach (#1-2, 4)
Requirements: ePUB reader, 1.9 MB
Overview: I am humbled and grateful to every reader who took a chance on a fledgling writer and her book. This vocation is a solitary one, a pouring out of one’s heart to an unknown audience with fingers crossed. If you found my little creation worthy, a review would bring a huge smile.
About me? I started writing late in life when other demands on my time eased. I live in the coastal mountains of Oregon amid the moss and rain and giant forests. I share a log cabin with my husband, two dogs, and Pinky the cat.
Genre: Fiction » Sci-Fi/Fantasy 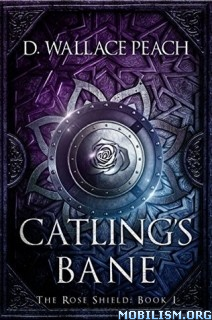 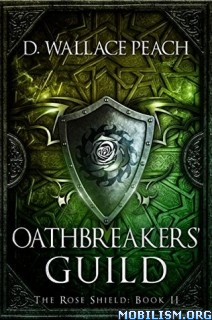 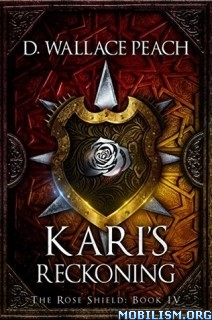 1. Catling’s Bane
In the tiers of Ellegeance, the elite Influencers’ Guild holds the power to manipulate emotions. Love and fear, pain and pleasure, healing and death mark the extremes of their sway, but it’s the subtle blends that hook their victims’ hearts. They hide behind oaths of loyalty and rule the world.
A child born in the grim warrens beneath the city, Catling rues the rose birthmark encircling her eye. Yet, it grants her the ability to disrupt the influencers’ sway. Established methods of civil control disintegrate before her. She’s a weapon desired by those who reign and those who rebel.
To the Influencer’s Guild, she’s an aberration, a threat. They order her death and thus the betrayals begin. One woman protects and trains her, plotting to use her shield to further imperial goals. No longer a helpless child, Catling has other plans. As chaos shakes the foundations of order and rule, will she become the realm’s savior? Or its executioner?

2. Oathbreakers’ Guild
Catling, an aspirant of the Influencers’ Guild, learns to wield the power of the garden carved into her skin. Friends are fewer than enemies, and those who wished her dead now plot her failure. Sworn to the young queen, she enters the world of Elan-Sia where the powerful maneuver for control of the throne.
Amidst rising unrest in the south and increasing pressure from the seafaring Cull Tarr, the high wards of the tiers plot rebellion. Gannon stirs the warrens, and Whitt marches with the warriors of Guardian. Propelled by revenge, Catling journeys to Mur-Vallis. Her mission—to assassinate the man who stole her past, a task that will define her future.

4. Kari’s Reckoning
The epic adventure concludes as the Shiplord vies for what he desires—the throne of Ellegeance. Their power in jeopardy, influencers surrender their oaths, their loyalties fractured. Rose, a child of untrained and reckless talent, once again becomes a pawn in the quest for control.
As the Cull Tarr solidify their rule, Guardian plots rebellion. Catling and Whitt, each gifted with singular skills, seek to sway the course of the conflict. Oathbreakers, traitors, and those desperate to save Rose collide in a final battle for the realm.
Yet, a third player emerges in the deadly game. The kari, spirits of a sentient planet, command the air, water, and land. They manipulate events to satisfy their sovereign designs and care not who survives the human war.