Featuring short stories from e-book bestsellers Paul Finch, Jacqui Rose and Mark Sennen and highly anticipated stories from Luca Veste and Michael Russell, this FREE short story collection will have you up all night.

Each short story is followed up by exclusive extracts of each of the authors’ upcoming titles.

Before Noon by Jacqui Rose: A nail-biting story that focuses on the events prior to a safe deposit robbery.

Time’s Up by Luca Veste: Set in Liverpool a grisly tale of being lost and seeking redemption.

Him! by Paul Finch: The darkest things happen at night… A thriller sure to keep you on the edge of your seat from the #1 bestseller Paul Finch.

Wunderland by Mark Sennen: A chilling story based at a writer’s retreat in the middle of nowhere.

The Puzzle Behind The Istanbul Puzzle by Laurence O’Bryan: A feature that looks at Laurence’s fascination with conspiracy theories.

An Act Of Contrition by Michael Russell: when Donal Kerrigan is found dead and the man who shot him has admitted the murder, it seems likes a closed case. Yet, all is not as it first appears as Inspector David Gillespie soon discovers.
Genre: Fiction > Mystery/Thriller 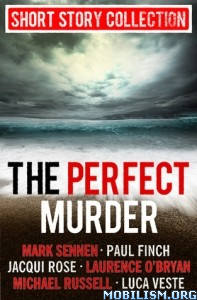