The Other Battle of the Bulge: Operation Northwind by Charles Whiting
Requirements: .ePUB reader, 2.6 MB
Overview: Operation Northwind was the little-known second Battle of the Bulge, which cost the Americans and their French comrades-in-arms nearly as many casualties and almost detroyed the Alliance.It was planned by the Fuhrer himself, which hurled eight German divisions, three of them SS, against the thinly-held American line in the Alsace-Lorraine region. Although the US High Command was forewarned by ‘Ultra’ from Bletchley, the German pressure was just too much. The Americans were forced to retreat. For the first time during the campaign in the West, Eisenhower ordered his troops to give up ground paid for by so many lives and commanding that Stratbourg, which held a special place in both French and German hearts, should be evacuated. This sparked off a row which threatened to destroy the Franco-American Alliance and throw France into a dramatic revolution.Quick moving and action-packed, this book sees the events through the eyes of the soldiers who were ‘at the sharp end’, and fills a major gap in the history of World War II.
Genre: Non-Fiction > History 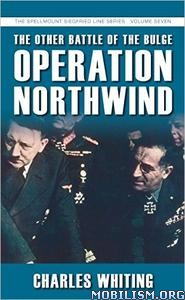