The Murder Club by Billy Conn
Requirements: .ePUB reader, 472 KB
Overview: Frank Doyle is dead. If he wasn’t the postmortem would have seen to it. The classic MG he was working on had fallen on him. An accident? Routine police work had Detective Sergeant Powell not discovered the Murder Club. That changed everything.

Kaleisha Powell had often thought of writing a detective story. Would there ever be a better time than when faced by the combined forces of Holmes, Poirot, Morse, Jessica Fletcher, Miss Marple, Maigret and Vera? Did one of them kill Frank Doyle?

Another corpse – in a locked room. Connected, but off limits. Not her case. Tantalizing though.

Challenged by the Murder Club, Kaleisha begins to write. A girl and her dog disappear from a village and no one sees anything. It’s not easy to keep the worlds of fiction and real investigation separate. She was finding the writer was less in charge than she had thought.

Then there is the fact that Sergeant Kaleisha Powell herself may not be all that she seems.
Genre: Fiction > Mystery/Thriller 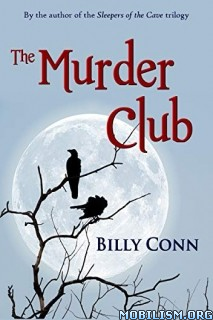