Once the richest woman in Britain and a playgirl who enjoyed numerous affairs, Edwina Mountbatten emerged from World War Two as a magnetic and talented charity worker loved around the world.

From the prize-winning and bestselling historian, Andrew Lownie, comes a nuanced portrayal of two very unusual people and their complex marriage to mark the 40th anniversary of Lord Mountbatten’s assassination by the IRA.
Genre: Non-Fiction > Biographies & Memoirs 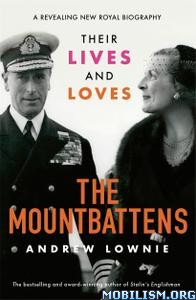