The Life and Times of the Real Winnie-The-Pooh: The Teddy Bear Who Inspired A. A. Milne (2011) by Shirley Harrison
Requirements: .ePUB reader, 3.8Mb
Overview: "Once upon a time an anonymous teddy bear set off, from a factory in a north London suburb with a van-load of similar bears and other toys. His spectacular journey was to take him into the hearts of people of all ages, around the world and that is where we will join him first-in Acton where it all began." -Shirley Harrison, from the introduction The story truly does begin in Acton, England, at the Farnell toy factory where the hand-made mohair bear was born. This biography traces the steps of the actual stuffed bear from his creation to his final resting place in the Children’s Center of the New York Public Library. Winnie-the-Pooh was brought to life as a loveable playmate flowing from the vivid imagination of Christopher Robin and introduced to the world by his father, A. A. Milne. Shirley Harrison uses original documents, photographs, and the diaries of the late Elliot Graham, caretaker to the bear for more than forty years, to give a glimpse into the hidden world of Winnie-the-Pooh and those whose lives he changed forever. Well-researched details flesh out the myths surrounding Winnie-the-Pooh’s name, his journey to American, and his brief return to England. Filled with details of the real Christopher Robin, his mother, father, and the impact the stories had on their lives and illustrated with photographs of the people and places that brought the bear to life, this book chronicles the origins of one of the best-loved children’s series in the world and focuses on the stuffed toy that started it all.
Genre: Non-Fiction > Educational 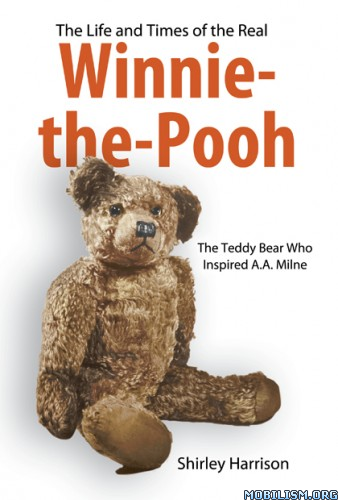