The Legend of the Blue Dragon by Jay Cobins
Requirements: .ePUB Reader | 214 kb
Overview: The waves of an emerald green ocean smashed onto the white, chalky shores of a place called Geddo, where General Cordovan’s home was located. The clear, bluish sky almost devoid of any clouds made such a place a sanctuary for a burdened mind. It was just thirty years after the Great War that ravaged his world, Aries, and he still felt the scars of that conflict hadn’t yet healed. At that time, Cordovan, or “Van” as the men called him, was an imposing figure to behold, yet today he was just an ordinary man, way past middle age, enjoying his well-deserved relaxation rights as compensation for a job well done. A wooden bench on a porch overlooking the ocean was the perfect place to contemplate, relax and reminisce. It was his place of refuge and a go-to spot to wind down and relieve the mind of stress. The sound of the waves foaming and crashing onto the shore was soothing and very much relaxing. However, just as General Van was starting to feel relaxed, a loud siren broke his moment of solitude and the green, emerald ocean view suddenly changed into the metal hull of a massive vessel orbiting the planet.
It was a hologram designed by Ariesian experts to lessen homesickness on troops, especially those who are stationed in space. General Van now sat on a metal chair staring out of a transparent window that gave him a wonderful view of Aries five hundred miles above the planet. The green oceans were visible way up in space
Genre: Science Fiction 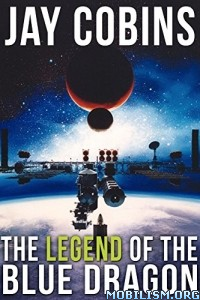