The Last Time Traveler by Aaron J. Ethridge
Requirements: ePUB, MOBI, AZW3 Reader, 1,2 MB
Overview: Robert is a time traveler. In point of fact, he’s the last time traveler. He managed to snag that impressive title because when he comes from has no future. This, as you can imagine, makes it much easier to be the last of any number of things. The current lack of future is due to the mess all his predecessors, the previous time travelers, made of things. It’s Robert’s job to repair the damage they did in the hopes that this will jump-start time.
Fortunately he’s assembled the most brilliant team in history to do the job. At his disposal are the best hackers, mechanics, and doctors who ever lived. He and his elite band have to do their best to un-steal ancient artifacts, un-kidnap people of importance, and un-sell advanced technologies while doing as little damage to the timelines as possible.
Genre: Sci-Fi 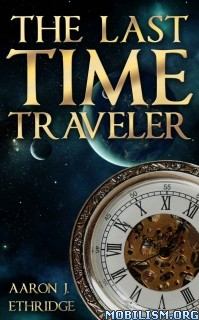