The Iron Chariot by Stein Riverton
Requirements: .ePUB reader, 262 KB
Overview: On a blazing hot summer’s day, holidaymakers at a guesthouse on a Norwegian island are shocked to discover a fellow guest has been found murdered out on a desolate plain. The nameless narrator, an author, was the last person to see the victim alive; shortly afterwards, he was disturbed by a noise like ‘a rattling of chains’. A local tells him this is ‘the iron chariot’, which is said to presage death.

Detective Asbjorn Krag is summoned from the capital of Kristiania, and sets about investigating the murder. When a similar death occurs on the plain, it is again preceded by the eerie sound of the iron chariot, which leaves no tracks. Mystery is added to mystery when the victim turns out to be a man believed to have died several years earlier.

Drawn unwillingly into the investigation, the narrator is puzzled by the enigmatic detective’s apparent inaction, and troubled by unfolding events. These begin to take a toll on his mental wellbeing and he sinks into a state of dread, exacerbated by mysterious happenings at the cabin where he is staying.

So profound is his unease that he feels he must leave the island. Then Krag promises to tell him the solution to the mystery…
Genre: Fiction > Mystery/Thriller 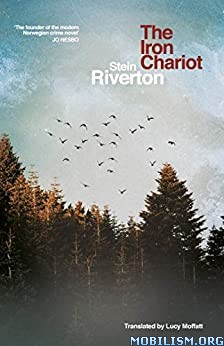