The Inner Seas Kingdoms Series (7-8) by Jeffrey Quyle
Requirements: ePUB / MOBI Reader, 1.9MB
Overview: Jeff Quyle has lived most of his life in the Midwest, with brief spans of time spent living in Arizona and Canterbury, England. He is an avid reader of fantasy and science fiction, US and British history, and the Aubry/Maturin Napoleonic naval war adventure novels written by Patrick O’Brian. The first books he remembers are the "Lucky Starr" science fiction stories of Paul French (a pseudonym of Isaac Asimov), and he spent his youth reading Asimov, Tolkien, Heinlein, and others.
Genre: Fiction; Fantasy 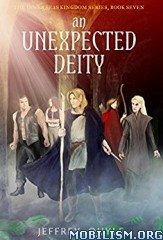 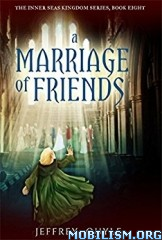 #7 – An Unexpected Deity
When Kestrel is chosen by the gods to carry out dangerous and difficult duties once again, he finds that unexpected happenings will add to the challenges he faces. He knows that he will have to take another long journey to restore the water skin to its place above the lake in the southern mountains. The skin provides the necessary protection that prevents the Viathins from ravaging the lands of the Inner Seas, and Kestrel is the logical choice to restore it. But in addition, he is told to go beyond the boundaries of the world, to find the missing deities who have been lured and kidnapped by Ashcrayss, the god of the Viathins, and set the deities free, including his own father, the absent parent he’s never known.

Dangerous as that challenge is, an unexpected natural disaster cuts Kestrel off from the forces he has marshalled for the quest, and left him stranded in dire circumstances, where doing the right thing will have disastrous consequences in the mountains south of Uniontown, and in the strange land beyond.

Follow Kestrel, Wren, Stillwater, and their companions as they fight their way along a perilous journey, and make contact with an unexpected deity!

#8 – A Marriage of Friends
Kestrel found the way home, a way that was more convoluted than he expected, and one that split him apart from Lark and Wren and the rest of his companions in the latest battle against the Viathins. But they were all going home victorious, and would be reunited in Uniontown, he suspected, as he planned to pursue the young human duchess.

But his trip home turned out to be interrupted by the one thing he never anticipated – a civil war among the elves, a battle against tyranny. Kestrel finds that in the Eastern Forest he has to put aside his plans to go to Uniontown so that he can pursue the larger quest for freedom and liberty among the elves, though the Rishiare Estelle, and the companionship of an exotic deity, make the battle complicated. Only when the civil war ends will he be able to make the journey to help Lark and her father, if it isn’t too late.

Follow Kestrel as he finds conflict where he hoped to never see it, and then has to face unexpected challenges and failures before he may find the happiness he seeks.