The Holy Trinity Duet by M.E. Clayton (#1-2)
Requirements: .ePUB Reader, 359 kB
Overview: M.E. Clayton works fulltime and writes as a hobby. She is an avid reader and, last year, she decided to trade in some of those reading hours to try her hand at writing her first book.
Genre: Romance 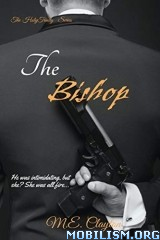 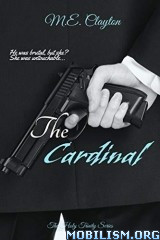 The Bishop (#1): Leonardo Benetti
The youngest of the Benetti Brothers, Leo was the one who got to go to college, get a degree, and not have to change his bloody clothes every other weekend. Intelligent, driven, and loyal, Leo manages the entire Benetti Crime Family’s finances, and his brothers trusted him completely to do just that. And though he wasn’t a ruthless psychopath like his older brother, Luca, or a sadistic killer like his brother, Salvatore, Leo wasn’t a stranger to doing all the things necessary to protect their empire.

Sienna Conti
Life was good, if not bittersweet sometimes. Moving to Morgan City to take care of her dying aunt, Sienna had been able to find a job as a nurse in one of the best hospitals in town and she had managed to carve a nice little life out for herself. And even after her aunt’s passing, Sienna was happy in Morgan City and had planned on putting down roots, even if she did miss her sister in Michigan. With a great job and good friends, Sienna had no complaints and life was looking good.

When a flat tire introduces Sienna to Leonardo Benetti, life starts looking really good. Gorgeous, sexy, charming, and wealthy, Leo is every woman’s dream. However, when Leo doesn’t correct her assumption that he’s simply a successful CEO, Sienna has no idea who she’s gotten in bed with. Faced with the truth of who she’s been dating for the past month, Sienna has no idea what she’s supposed to do about it, or if she even has a choice in the matter.

Faces with the possibility of losing the only woman he’s ever cared for, everything that makes Leonardo Benetti a Benetti rises to the surface, and nothing will stop him from making Sienna his forever.

The Cardinal (#2): Salvatore Benetti
As the Benetti Crime Family’s Underboss, Sal has done it all. Never one to shy away from a touch of torture, Salvatore was the organization’s cleanup man. Security and making people disappear were his specialties, and he was very good at it. Loyal only to himself, that all changed when his older brother, Luca, took over the family’s empire, their father’s reign a thing of the past. Now, Sal was the Benetti Underboss, and he had the world at his fingertips.

Blake Turner
Just trying to survive through life, Blake kept her head down and did her best to be a responsible contributor to society. She held down a job, paid her taxes, and called her mother often. She even kept cleaning up her sister’s messes, though her sister’s ‘second chances’ had run out years ago. However, for the most part, Blake was happy with her life in Morgan City, and even knowing it was run by the Mafia wasn’t enough to discourage her.

When her sister gets in trouble again, and comes to her for help, Blake has no choice but to try to help her come up with the money she owes. After all, this time, her sister’s gotten mixed up with the Benettis, a definite death sentence if Blake doesn’t help her.

Faced with the possible consequences of crossing the Benettis, Blake finds herself in a position she never thought she’d be, and that’s in Salvatore Benetti’s crosshairs. Face with feelings he’s never felt before over a woman, Salvatore’s entire existence shifts when Blake Turner enters his life. And what Salvatore Benetti wants, Salvatore Benetti gets.