The History of the Stasi: East Germany’s Secret Police, 1945-1990 by Jens Gieseke, David Burnett (Translator)
Requirements: PDF Reader, 2.04 MB
Overview: The East German Ministry for State Security stood for Stalinist oppression and all-encompassing surveillance. The “shield and sword of the party,” it secured the rule of the Communist Party for more than forty years, and by the 1980s it had become the largest secret-police apparatus in the world, per capita. Jens Gieseke tells the story of the Stasi, a feared secret-police force and a highly professional intelligence service. He inquires into the mechanisms of dictatorship and the day-to-day effects of surveillance and suspicion. Masterful and thorough at once, he takes the reader through this dark chapter of German postwar history, supplying key information on perpetrators, informers, and victims. In an assessment of post-communist memory politics, he critically discusses the consequences of opening the files and the outcomes of the Stasi debate in reunified Germany. A major guide for research on communist secret-police forces, this book is considered the standard reference work on the Stasi and has already been translated into a number of Eastern European languages.
Genre: Non-Fiction > History 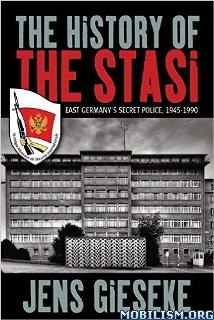