When Ben Aitken learnt that his gran had enjoyed a four-night holiday including four three-course dinners, four cooked breakfasts, four games of bingo, a pair of excursions, sixteen pints of lager and luxury return coach travel, all for a hundred pounds, he thought, that’s the life, and signed himself up. Six times over.

Good value aside, what Ben was really after was the company of his elders – those with more chapters under their belt, with the wisdom granted by experience, the candour gifted by time, and the hard-earned ability to live each day like it’s nearly their last.

A series of coach holidays ensued – from Scarborough to St Ives, Killarney to Lake Como – during which Ben attempts to shake off his thirty-something blues by getting old as soon as possible.
Genre: Non-fiction > General 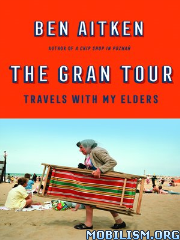