The Goddess: Myths of the Great Mother by Christopher Fee, David Leeming
Requirements: ePUB reader, 6 MB
Overview: For as long as we have sought god, we have found the goddess. Ruling over the imaginations of humankind’s earliest agricultural civilizations, she played a critical spiritual role as a keeper of nature’s fertile powers and an assurance of the next sustaining harvest. In The Goddess, David Leeming and Christopher Fee take us all the way back into prehistory, tracing the goddess across vast spans of time to tell the epic story of the transformation of belief and what it says about who we are.

Leeming and Fee use the goddess to gaze into the lives and souls of the people who worshipped her. They chart the development of traditional Western gender roles through an understanding of the transformation of concepts of the Goddess from her earliest roots in India and Iran to her more familiar faces in Ireland and Iceland. They examine the subordination of the goddess to the god as human civilizations became mobile and began to look upon masculine deities for assurances of survival in movement and battle. And they show how, despite this history, the goddess has remained alive in our spiritual imaginations, in figures such as the Christian Virgin Mother and, in contemporary times, the new-age resurrection of figures such as Gaia.

The Goddess explores this central aspect of ancient spiritual thought as a window into human history and the deepest roots of our beliefs.
Genre: Non-Fiction, Religion 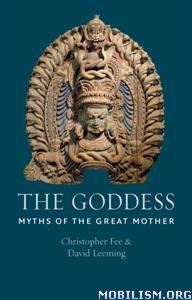