The Dying Hours by Mark Billingham (Tom Thorne #11)
Requirements: .ePUB, .MOBI/.AZW reader, 849 KB
Overview: A fantastic, never-before-published Tom Thorne novel by England’s crime king.
It’s been twenty-five years since Tom Thorne last went to work wearing the "Queen’s cloth" but now, having stepped out of line once too often, he’s back in uniform. He’s no longer a detective, and he hates it.
Still struggling to adjust, Thorne becomes convinced that a spate of suicides among the elderly in London are something more sinister. His concerns are dismissed by the Murder Squad he was once part of and he is forced to investigate alone.
Now, unable to trust anybody, Thorne risks losing those closest to him as well as endangering those being targeted by a killer unlike any he has hunted before. A man with nothing to lose and a growing list of victims. A man who appears to have the power to make people take their own lives.
Genre: Fiction > Mystery/Thriller 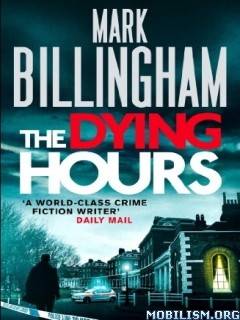