The Discarded Daughter series by Shana Granderson (#1-4)
Requirements: .MOBI reader, 1 MB + 398 KB
Overview: I have three children and after a disastrous first marriage, I found my soul mate, who I believed I had lost forever 25 years ago until we miraculously reconnected. We are now married so I am with the love of her life for life. I live with my soul mate in Australasia and we have three pets, two cats, Darcy and Bingley and a golden lab, Honey.
Genre: Fiction > Romance Regency 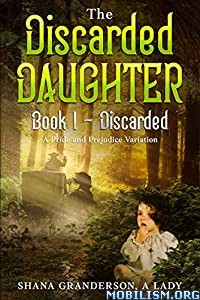 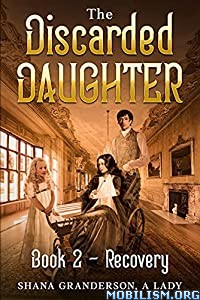 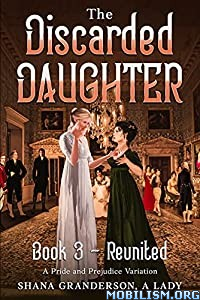 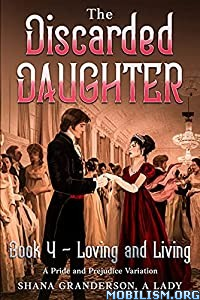 Discarded (#1)
In Book 1 we are introduced to the characters both the heroes and the villains. Elizabeth makes the grievous mistake of being born a girl when Fanny Bennet is convinced that she will be a son. After first accusing the midwife of substituting her son for a daughter, Fanny rejects her daughter and accuses her of being a demon sent from the devil.

This tale is not just about Elizabeth but about the characters in her life, both good and bad, and the effect that she has on them. We also see the effects on those who have lost her.

Thomas Bennet does everything that he can to protect his second daughter but Fanny finds a way to have Elizabeth kidnapped and she demands that the man kill her daughter and deliver proof when the deed is done. Fanny’s insanity driven actions lead to Elizabeth being discarded far from home. Will she be found? If so by whom? How will her life unfold? What of the Bennets and especially the evil Fanny?

Book 1 follows Elizabeth’s life from birth until she is about seven years old.

Recovery (#2)
We left Lizzy lying prostrate under her beloved cob Astraea. Her father falls to his knees in tears, after losing Tiffany will the Earl and Countess of Matlock be able to overcome this tragedy if they lose their daughter? As we can all surmise, Lizzy has to survive for the story to continue, so what will her physical impediments, if any, be?

Book 2 covers another eight years of Elizabeth’s life and the lives of her family, and the family that she was stolen from. Is Martha and Louisa Bingley’s reformation real and what of Miss Caroline at the Dark Hollow School? Will it improve her or will she just become more determined to get her own way?

We find out what happens to George Wickham and his life with the ex-Lady Catherine de Bourgh, now Mrs. Fitzpatrick. What are her plans for him and to extract revenge for the perceived ills that have been perpetrated against her?

Reunited (#3)
The Bennets have just discovered their kidnapped daughter and sister. Bennet cannot believe that she is the one that he has been corresponding with, and losing to, in chess by post for almost two years. How will the families move forward? Will Thomas Bennet assert his rights as Elizabeth’s father and demand that she re-joins her Bennet family? What of the Fitzwilliams? Would Lady Elaine be able to endure the loss of her much-loved daughter after the loss of her beloved Reggie? If she is to return to the Bennets how will that influence the growing romance between Elizabeth and William? Many of the above questions are answered in the opening chapters dear readers so you will not be left in suspense for long.

We follow the families as they learn to live with a new reality. We see the reaction of the Ton to the news as well as the villain’s vociferous reactions when they find out that all of their prior assumptions about Elizabeth have been wrong. Mrs. Fitzpatrick (the former Lady Catherine) eventually manages to get one of her men employed at Pemberley.

We are privy to her plans for her ultimate revenge on her former family and at the same time we see what George Wickham has planned and how he intends to double cross his employer after enduring years of abuse at her hands. A new challenge rears its ugly head with an eye on our heroine and making her his by any means before Elizabeth is out at the age of sixteen and we find out how and if he is dealt with.

Book 3 ends at the start of the confrontation between the forces of good and evil.

Loving and Living (#4)
At the end of Book 3, Mrs. Fitzpatrick AKA Mrs. Catherine de Bourgh (her title having been stripped), unleashed her final revenge. Her pet Wickham plans to finish the job of killing Lady Elizabeth and then he wants to abscond with Georgiana Darcy. The book opens with the results of the ambush and its direct aftermath. The plant, Jones, tries to bargain for his freedom, we see if he had anything of value to trade.

What happens to the conspirators and do they all reap their just rewards? Are any of the heroes harmed? All of these questions are answered in the first few chapters of Book 4.

The final book in the series follows the lives of the main characters as they love, live, and move forward. Another potential villain raises his ugly head, and we see who steps in to protect Lady Elizabeth this time.

William Darcy is finally able to stop crossing out dates on his calendar when Lady Elizabeth comes into society and has her ball. We follow the couple that we all love so very much from betrothal to marriage and into the future. At the same time, we get a glimpse of the lives of some of the characters that have been around Lady Elizabeth from the beginning of this series.