The Demon’s Parchment by Jeri Westerson (The third book in the Crispin Guest Medieval Noir series)
Requirements: .MP3 reader, 643 mb
Overview: Introduced in Veil of Lies, which was a finalist (for Best First Novel) for two major mystery awards (the Macavity and the Shamus), Crispin Guest returns in this latest adventure. Crispin Guest, a disgraced knight who was convicted of treason and stripped of his friends, his land, his title and his honor, is reduced to living off his wits, the only thing left to him. In London, 1384, Guest has become known amongst the rabble in London as the ‘Tracker’ – a man who can find anything, can solve any puzzle, and will do so for hire. With the help of his apprentice, Jack Tucker, an orphaned street urchin with more than a touch of the criminous in his recent past, Guest has had his share of odd and deadly ‘cases.’ But this time, he’s approached by someone he never expected to work for – a physician called Jacob of Provencal. Jacob is a physician brought in from France by the King and staying at court. He’s also a Jew in a country which officially expelled them nearly a century before, wherein an uneducated population fears them and the educated one disdains them as pariahs (social and otherwise). Back in his days at court, talking to one such as Jacob would have been beneath Crispin Guest, much less working for one. Now, he can’t afford to behave as such. But what Jacob wants of him might be impossible – a series of parchments have been stolen from his rooms. But those rooms are at court and Crispin has been banned from court forever at the risk of his life should he defy the king’s decree.
Genre: Audiobooks > Fiction > Historical Mystery 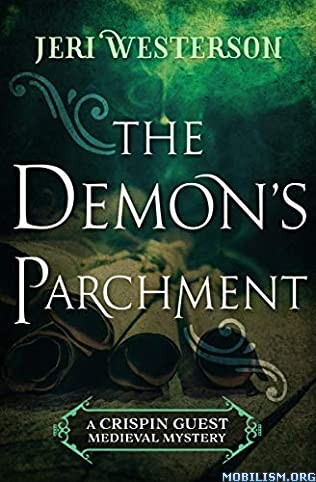