The Darkness Within Ourselves by Jessica Huntley
Requirements: .ePUB reader, 581 KB
Overview: Amber and her four best friends are about to reach their teenage years when the unthinkable happens; one of her friends, Kieran, is killed in a freak accident. Twenty years later, Amber no longer speaks to her friends and is still haunted by that day in the form of severe psychological issues, including sleep paralysis, insomnia and hallucinations of a terrifying entity she calls The Creature. But it isn’t just in her head; it is real. Unbeknown to Amber, her former friends have also been suffering from their own psychological nightmares, each trapped and twisted into people they no longer recognise. Then a piece of evidence is found from that day and Amber and her former friends are forced to relive the events leading up to Kieran’s death, learning truths along the way that they would rather not know about themselves. Can they work together to rid themselves of their demons and find out what really happened to Kieran all those years ago?
Genre: Fiction > Sci-Fi/Fantasy 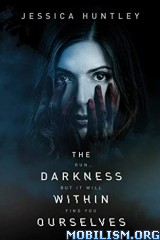