The Crime and the Silence by Anna Bikont
Requirements: ePUB or MOBI Reader, 4.99MB
Overview: On 10 July 1941 a horrifying crime was committed in the small Polish town of Jedwadbne. Early in the afternoon, the town’s Jewish population – hundreds of men, women and children – were ordered out of their homes, and marched into the town square. By the end of the day most would be dead. It was a massacre on a shocking scale, and one that was widely condemned. But only a few people were brought to justice for their part in the atrocity. The truth of what actually happened on that day was to be suppressed for more than sixty years.

Part history, part memoir, part investigation, The Crime and the Silence is an award-winning journalist’s account of the events of that day: both the story of a massacre told through oral histories of survivors and witnesses, and a portrait of a Polish town coming to terms with its dark past. Including the perspectives of both heroes and perpetrators, Anna Bikont chronicles the sources of the hatred that exploded against Jews and asks what myths grow on hidden memories, what destruction they cause, and what happens to a society that refuses to accept a horrific truth.

Provocative, profoundly moving and ingeniously structured, The Crime and the Silence is a monumental work of non-fiction, and a vital contribution to Holocaust literature.
Genre: Non-Fiction, History, War 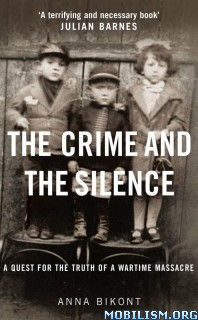