The Politically Incorrect Guide to the British Empire by H. W. Crocker III
Requirements: .MP3 reader, 221 MB
Overview: Nothing offends liberals more than Western imperialism—it is racism, sexism, and chauvinism all in one. And of course the epitome of Western imperialism is the British Empire, the biggest empire the world has ever known, covering at its height a quarter of the globe’s surface and ruling a quarter of the world’s population. Here, best-selling author H. W. Crocker III exposes—in brawling, rambunctious style—how the British Empire was actually one of the greatest establishers and defenders of freedom in history.

So strap on your pith helmet for a rollicking ride through some of history’s most colorful events. The Politically Incorrect Guide to the British Empire provides a panoramic and provocative view of 400 years of history that will delight and amuse, educate and entertain.
Genre: Audiobooks > Non-Fiction 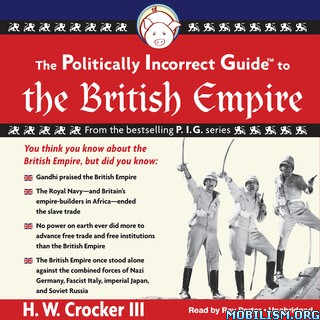