The Battle of Lepanto by Nanami Shiono
Requirements: .ePUB reader, 7.3 MB
Overview: For over a century after the fall of Constantinople in 1453, the Ottoman Empire enjoyed an almost unbroken series of victories in Eastern Europe and throughout the Eastern Mediterranean. In 1571, the Republic of Venice and Pope Pius V worked together to assemble an alliance of European powers to confront the Ottoman navy in the Aegean and Mediterranean Seas. This “Holy League” was driven, and almost torn apart, by a set of diverse and often competing motivations, but for one brief moment it was able to put aside its differences and raise a unified front against the massive Ottoman fleet at the Battle of Lepanto. The outcome of that battle would have far-reaching consequences for Europe, for the Ottoman Empire and indeed for world history.
Genre: Non-Fiction > History 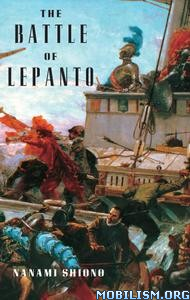