The Assassin’s Curse by Lindsay Buroker (The Emperor’s Edge #2.5)
Requirements: .ePUB reader, 129 KB
Overview: When outlaws Amaranthe and Sicarius chance upon spies stealing military prototypes, they immediately give chase. Well, immediately after Amaranthe talks Sicarius, former assassin and all-around non-altruistic type, into the mission. She wants an imperial pardon, and what better way to attract the emperor’s favor than by looking after the empire’s interests?
What seems like a straightforward mission develops a hitch when the spies flee to Darkcrest Isle, a forbidding chunk of land reputed to be haunted. Amaranthe isn’t quick to believe in tales of malevolent spirits, so she’s startled when the ever-pragmatic and unflappable Sicarius shows reluctance at setting foot on the island. Only when it may be too late to escape does Amaranthe come to understand why.
Genre: Fiction > Sci-Fi/Fantasy 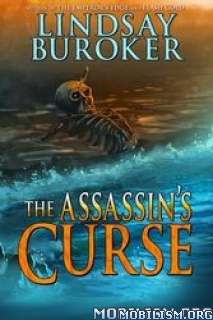