The Assassins: A Radical Sect in Islam by Bernard Lewis
Requirements: .ePUB reader, 1.2 MB
Overview: The history of an extremist Islamic sect in the 11th-12th centuries whose terrorist methods gave the English language a new word: assassin.

The word ‘Assassin’ was brought back from Syria by the Crusaders, and in time acquired the meaning of murderer. Originally it was applied to the members of a Muslim religious sect – a branch of the Ismailis, and the followers of a leader known as the Old Man of the Mountain. Their beliefs and their methods made them a by-word for both fanaticism and terrorism in Syria and Persia in the 11th and 12th centuries, and the subject of a luxuriant growth of myth and legend.

In this book, Bernard Lewis begins by tracing the development of these legends in medieval and modern Europe and the gradual percolation of accurate knowledge concerning the Ismailis. He then examines the origins and activities of the sect, on the basis of contemporary Persian and Arabic sources, and against the background of Middle Eastern and Islamic history. In a final chapter he discusses some of the political, social and economic implications of the Ismailis, and examines the significance of the Assassins in the history of revolutionary and terrorist movements.
Genre: Non-Fiction > History 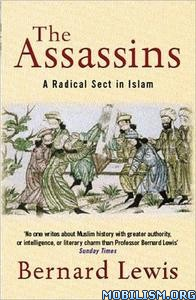