The Art of Intelligence: Lessons from a Life in the CIA’s Clandestine Service by Henry A. Crumpton
Requirements: .ePUB, .PDF reader, 1.7 Mb
Overview: A legendary CIA spy and counterterrorism expert tells the spellbinding story of his high-risk, action-packed career while illustrating the growing importance of America’s intelligence officers and their secret missions

For a crucial period, Henry Crumpton led the CIA’s global covert operations against America’s terrorist enemies, including al Qaeda. In the days after 9/11, the CIA tasked Crumpton to organize and lead the Afghanistan campaign. With Crumpton’s strategic initiative and bold leadership, from the battlefield to the Oval Office, U.S. and Afghan allies routed al Qaeda and the Taliban in less than ninety days after the Twin Towers fell. At the height of combat against the Taliban in late 2001, there were fewer than five hundred Americans on the ground in Afghanistan, a dynamic blend of CIA and Special Forces. The campaign changed the way America wages war. This book will change the way America views the CIA.
Genre: Non-Fiction > Biographies & Memoirs 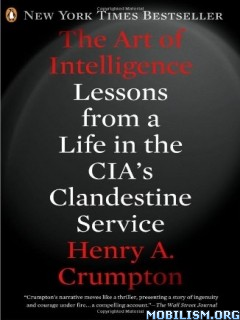