The Anarchy series by Griff Hosker (#11-12)
Requirements: ePUB / MOBI Reader, 2.7MB
Overview: I was born in 1950 in Lancashire and attended a boy’s grammar school. After qualifying as an English and Drama teacher in 1972, I worked in the North East of England for the next 35 years. During that time I did write, mainly plays, pantos and musicals for the students at the three schools in which I worked.
Genre: Fiction; Historical 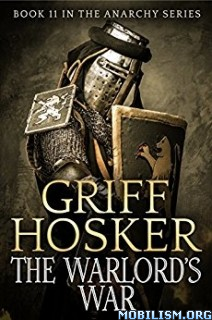 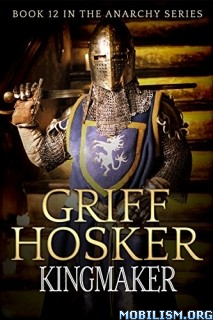 #11 – Warlord’s War
King Stephen is captured and the Civil War seems over until disaster strikes while the Earl of Cleveland is in Normandy. The Empress’ forces are routed and the Earl of Gloucester is captured. Forced to return to rescue the Empress the Earl of Cleveland has to fight King Stephen’s army and the English winter to rescue his Empress. With the future King Henry II as his squire the Earl has to wage a war against an increasing number of enemies and a diminishing number of allies. The novel is filled with both intrigue and bloody medieval battles.

#12 – Kingmaker
When the Earl of Gloucester suddenly dies and the Empress Matilda is forced to return to Normandy it seems that the civil war is about to end and Stephen of Blois will have succeeded in winning his crown. The Warlord of the North takes the fledgling Prince Henry under his wing and begins to train him to become king. When others try to take advantage of the Warlord’s position he and his warriors have to dig deep to defeat their enemies. Gradually Henry becomes a man and shows that he has the potential to become a king.

An exciting and fast moving novel filled with battles, plots and conspiracies.