The Absent Dialogue: Politicians, Bureaucrats, and the Military in India by Anit Mukherjee
Requirements: .PDF reader, 3 MB
Overview: Civilian control over the military is widely hailed as one of the major successes of India’s democracy. Because it is so rare, especially among post-colonial states, this control is rightfully celebrated. But has this come at a cost?

In The Absent Dialogue, Anit Mukherjee argues that the pattern of civil-military relations in India has hampered its military effectiveness. Diving deep into understanding the organization and internal processes within the Indian military, he explains how Indian politicians and bureaucrats have long been content with the formal and ritualistic exercise of civilian control, while the military continues to operate in institutional silos. Yet, there has been little substantive engagement between the two. To support this claim, Mukherjee closely examines the variables most closely associated with military effectiveness-weapons procurement, jointness (the ability of separate military services to operate together), officer education, promotion policies, and defense planning. Further, Mukherjee shows how India’s pattern of civil-military relations-best characterized as an absent dialogue-adversely affects each of these processes. While the book focuses on India, it also highlights the importance of civilian expertise and institutional design in enhancing civilian control and military effectiveness in other democracies.
Genre: Non-Fiction > History 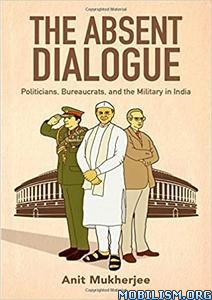