Tesla: The Life and Times of an Electric Messiah by Nigel Cawthorne
Requirements: ePUB reader, 1 MB
Overview: Nikola Tesla is the towering genius who made the modern world. All the electrical devices around us owe something to him. Not only did he invent many of the gadgets we depend on today, he had a vision of the future, much of which has become reality long after his death.He is now acknowledged to have beaten Guglielmo Marconi to the invention of radio. Indeed, he spoke of his world system of wireless transmission, the year before Marconi transmitted the first radio signal across the Atlantic. His Tesla Coil, invented in 1891, is widely used in radio and television sets and he developed electric motors, generators, X-rays, FM radio, remote control robots, spark plugs, fluorescent lights and radar.He was one of the outstanding figures of the 20th century, arguably more influential than Einstein, Stravinsky or Picasso. Seventy years after his death, this book reveals why Nikola Tesla’s legacy to the world deserves to be more widely acclaimed.
Genre: Non-Fiction, Biographies & Memoirs 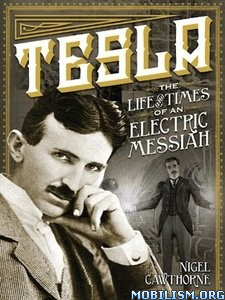