Taking Frege at his Word by Joan Weiner
Requirements: .PDF reader, 3 MB
Overview: Frege is widely regarded as having set much of the agenda of contemporary analytic philosophy. As standardly read, he meant to introduce–and make crucial contributions to–the project of giving an account of the workings of (an improved version of) natural language. Yet, despite the great admiration most contemporary philosophers feel for Frege, it is widely believed that he committed a large number of serious, and inexplicable, blunders. For, if Frege really meant to be constructing a theory of the workings of (some version of) natural language, then a significant number of his stated views–including views that he claimed to be central to his philosophical picture–are straightforwardly wrong. But did Frege mean to be giving an account of the workings of language? He himself never actually claimed to be doing this, and, indeed, never even described such a project.

Taking Frege at his Word offers an interpretation that is based on a different approach to his writings. Rather than using the contributions he is taken to have made to contemporary work in the philosophy of language to infer what his projects were, Joan Weiner gives priority to Frege’s own accounts of what he means to be doing. She provides a very different view of Frege’s project. One might suspect that, on such a reading, Frege’s writings would have purely antiquarian interest, but this would be a mistake. The final two chapters show that Frege offers us new ways of addressing some of the philosophical problems that worry us today. 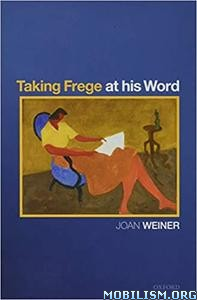