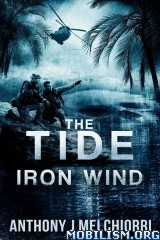 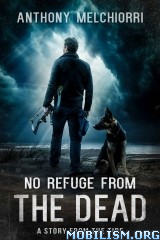 Iron Wind #5: The Democratic Republic of the Congo already faced the extreme ravages of war before the outbreak. Deep within the militia-controlled jungles, Captain Dominic Holland and his covert group, the Hunters, follow a lead in a desperate race to uncover who is responsible for the biological weapon turning humans into the monsters known as Skulls. But what they uncover may be far more dangerous and frightening than they ever expected.
Back in the United States, a lost member of Dom’s team makes a final stand to survive and reunite with the Hunters. He faces a relentless tide of Skulls alone. Haunted by his past, he soon realizes far more is at stake than just his survival. The fate of the Hunters and their mission may rest in his hands.

No Refuge from the Dead ( A Short Story from the Tide): Clifton Becker always enjoyed solitude. Until the apocalypse.
An unstoppable disease sweeps across the nation. Rumors spread that the infected become something inhuman. Something dangerous. Something from a terrible nightmare.
But Cliff is not afraid. He knows the perfect place to find refuge. A place he often went to escape civilization even before it collapsed. Along with his faithful companion and protector, a German Shepherd named Sage, he establishes a foothold for himself in this new world.
Then an unexpected intrusion threatens his new way of life. He must make a choice that tests the very rules by which he and Sage have survived all this time. A choice that may cost him far more than he can afford. 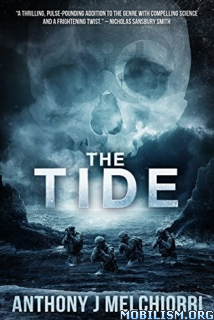 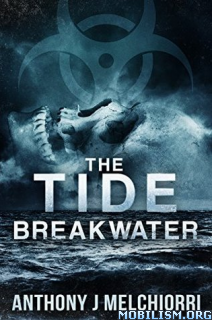 The Tide (The Tide Series #1)
Captain Dominic Holland leads a crew of skilled covert operatives and talented scientific personnel. He’s taken them to all corners of the earth to protect the United States from biological and chemical warfare. When his CIA handler, Meredith Webb, gives him a mission to investigate a disturbing lead on a laboratory based out of an abandoned oil rig, they discover the most terrifying threat to mankind they’ve ever faced—a genetically engineered biological weapon called the Oni Agent.
Back in the United States, Meredith discovers a frightening connection between the CIA and the Oni Agent. But her investigations are short-lived when the Agent spreads and brings mankind to its knees. Cities burn as it turns humans into warped creatures hell-bent on destruction.
Dominic and Meredith vow to do everything they can to combat the Agent and find a cure. But will their efforts be enough to turn the tide—or is humanity’s fate already sealed?

Breakwater (The Tide Series #2)
The race to save humanity continues…
The Oni Agent outbreak has devastated countries across the globe. Despite this apocalyptic new world, Captain Dominic Holland and the Hunters are determined to save the survivors and develop a cure. New threats and discoveries challenge them every step of the way. But they soon find potential help from an unlikely source…if they can survive long enough to receive it.