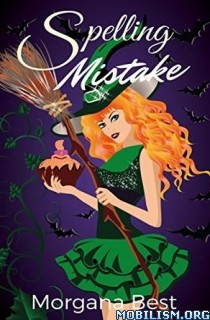 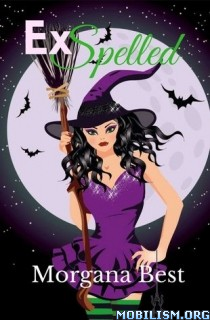 4. Spelling Mistake
Amelia Spelled discovers an old spellbook, which to her delight contains a spell to improve one’s baking. When a spelling mistake is thrown into the mix, she accidentally summons an entity. Amelia does her best to reverse the spell, but finds it’s no piece of cake. When a murderer strikes, can Amelia rise to the occasion, solve the murder, and find her abilities as a witch?

5. ExSpelled
Egged on by Amelia’s recent success in the kitchen, her friends send her to a cooking school on a remote tropical island resort. Her teachers’ tempers reach boiling point when they sample her cooking, and worse still, her classmates begin to die one by one. As a tropical storm brews and the body count rises, can Amelia find the killer before she is expelled, or becomes the next victim?