Run Between the Raindrops: Author’s Preferred Edition by Dale A. Dye
Requirements: ePUB Reader, 691 kB
Overview: The blood-drenched Navy Corpsman had it right as he labored to keep yet another Marine alive on the mean streets of Hue City: “Getting out of Hue alive is like trying to run between raindrops without getting wet.” Nearly half a century has passed since Marine veteran Dale Dye fought in Hue during the 1968 Tet Offensive. That brutal experience prompted him to write a searing, critically acclaimed novel about the surreal experiences of the battle to wrest control of Vietnam’s ancient Imperial capital from regiments of fanatical North Vietnamese Army soldiers. Now he’s taken a long second look at that fight and revised his original work into an even more powerful narrative of one of the Vietnam War’s most brutal battles. The story is told through the eyes of a veteran Marine Corps Combat Correspondent with the observational skills and off-beat attitude to relate what he sees from the close-quarter, house-to-house meat-grinder of the southside to the epic assault on the enemy-infested walls of the city’s medieval Citadel in a voice that reflects the Code of the Grunt: Just do it—or die trying. There it is.
Genre: Thriller 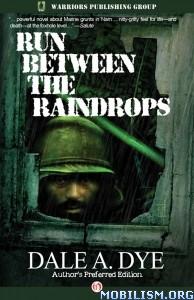