Deep Black Sea series by David M. Salkin (Books 1&2)
Requirements: ePUB / MOBI Reader, 1.9MB
Overview: David M. Salkin lives in Freehold Township, NJ where he has served as a member of the governing body since 1994. David is currently serving as the Mayor of Freehold Township and has served as Mayor, Deputy Mayor, Township Committeeman and Police Commissioner over the years, as well as liaison to various Boards and Commissions. He is also a Master Graduate Gemologist and owns a jewelry store, Salkin’s Jewel Case, with his brother Eric. David is a charter member of the Sunrise Optimist Club and a member of the Philip A. Reynolds Detachment of the United States Marine Corps League. He is a Master Diver and enjoys scuba diving and traveling with his family.
Genre: Fiction, Sci-fi/Fantasy 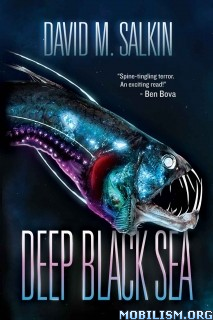 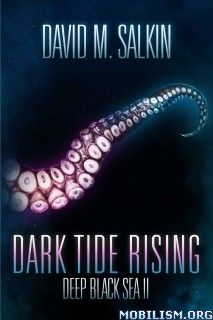 #1 – Deep Black Sea
A crew of seven aboard a specially designed research submarine sit three miles down in the dark world beneath the sea. When they bring aboard the bacteria that enables certain animals to survive in the seven-hundred degree poisonous water of the black smoker, they have no idea that one of the researchers plans on using them as his test subjects.

#2 – Dark Tide Rising
A Japanese fishing trawler becomes a ghost ship.
A pleasure yacht is under attack by unknown sea creatures.
A Coast Guard crew is massacred by something not of this world.

Ted Bell had only one personal goal—to reach Mars. He believed that harnessing the power of the deep-sea bacteria that allows creatures to live in super-heated, poisonous water might get humans to deep space. But when Ted intentionally infected a member of the crew for his own agenda, it didn’t go as planned. A new life form was created–completely out of control. Ted’s failed experiment doomed the crew of the USS Challenger.
After living through the terrifying disaster that killed half the crew, three survivors think they have escaped the nightmare. Instead, the creatures have risen from the depths–and the three discover that the horrifying experience on the Challenger was only the beginning.