Steamship Nationalism: Ocean Liners and National Identity in Imperial Germany and the Atlantic World (Routledge Studies in Modern European History) by Mark A. Russell
Requirements: .ePUB reader, 7.1 MB
Overview: Steamship Nationalism is a cultural, social, and political history of the S.S. Imperator, Vaterland, and Bismarck. Transatlantic passenger steamships launched by the Hamburg-Amerikanische Packetfahrt-Aktien-Gesellschaft (HAPAG) between 1912 and 1914, they do not enjoy the international fame of their British counterparts, most notably the Titanic. Yet the Imperator-class liners were the largest, most luxurious passenger vessels built before the First World War. In keeping with the often-overlooked history of its merchant marine as a whole, they reveal much about Imperial Germany in its national and international dimensions. As products of business decisions shaped by global dynamics and the imperatives of international travel, immigration, and trade, HAPAG’s giant liners bear witness to Germany’s involvement in the processes of globalization prior to 1914. Yet this book focuses not on their physical, but on their cultural construction in a variety of contemporaneous media, including the press and advertising, on both sides of the Atlantic. At home, they were presented to the public as symbolic of the nation’s achievements and ambitions in ways that emphasize the complex nature of German national identity at the time. Abroad, they were often construed as floating national monuments and, as such, facilitated important encounters with Germany, both virtual and real, for the populations of Britain and America. Their overseas reception highlights the multi-faceted image of the European superpower that was constructed in the Anglo-American world in these years. More generally, it is a pointed indicator of the complex relationship between Britain, the United States, and Imperial Germany.
Genre: Non-Fiction > History 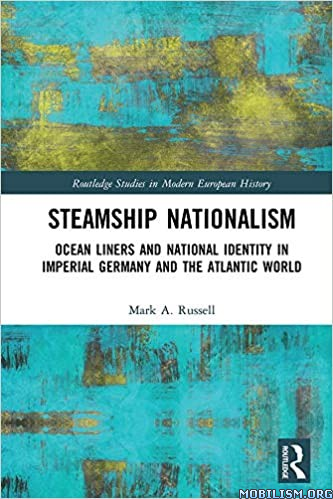