A few years before I started writing the School for Spirits series, I wrote a similar short story called Three Days Before Christmas (under a now defunct pen name).
Genre: Fiction > Children/Young Adult 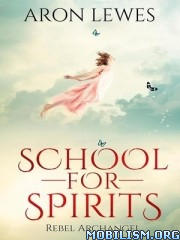 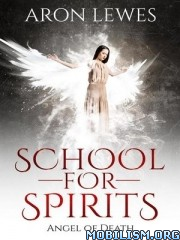 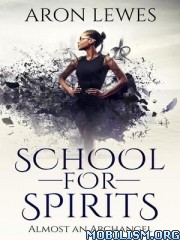 #3 – Rebel Archangel
Archangel Jophiel is a cad, and his behavior hasn’t gone unnoticed by his peers. When his womanizing ways come to light, he is put on probation and punished in a most fitting way. He’s now an instructor for fledgling spirit guides.

Jophiel is paired with Chris Pho, a quiet young man whose life was tragically short and difficult. Chris’ relentless goodness is unfamiliar to Jophiel, who just might learn something from his new student.

Chris has never had a girlfriend, and he’s never really wanted one… until he meets Archangel Haniel.

#4 – Angel of Death
Lucy Alvarez, a recent Spirit School graduate, is presented with a unique opportunity. She’s asked to become one of Archangel Azrael’s “Helpers,” a group of spirits who guide the recently deceased to the afterlife.

Lucy is definitely no stranger to death. She lost her mom when she was twelve. At age fifteen, she was diagnosed with cancer, a disease that ultimately claimed her life. She’s an obvious choice to work with the Angel of Death.

To become a Helper, Lucy undergoes training with Archangel Azrael himself. The Angel of Death is a handsome enigma, cold yet compassionate, and difficult to befriend.

#6 – Almost an Archangel
Ever since she’s been dead, Kaylene’s had one dream: to become an Archangel. Her training has been her focus, her obsession, her passion—and now she’s only five missions away from making the dream come true.

Kaylene’s dedication has made her one of the most popular Archangel candidates. She has a legion of fans and a portfolio of glamorous pictures. Every magazine wants to interview her, every spirit wants to be her, and no demon can withstand her blade.

Kaylene can handle anything that comes her way, but she’ll face her biggest challenge yet: a rebel student named Ben.