Special Providence: American Foreign Policy and How It Changed the World by Walter Russell Mead
Requirements: .ePUB reader, 3.6 MB
Overview: From one of our leading experts on foreign policy, a full-scale reinterpretation of America’s dealings–from its earliest days–with the rest of the world.

It is Walter Russell Mead’s thesis that the United States, by any standard, has had a more successful foreign policy than any of the other great powers that we have faced–and faced down. Beginning as an isolated string of settlements at the edge of the known world, this country–in two centuries–drove the French and the Spanish out of North America; forced Britain, then the world’s greatest empire, to respect American interests; dominated coalitions that defeated German and Japanese bids for world power; replaced the tottering British Empire with a more flexible and dynamic global system built on American power; triumphed in the Cold War; and exported its language, culture, currency, and political values throughout the world.
Genre: Non-Fiction > Educational , Politics 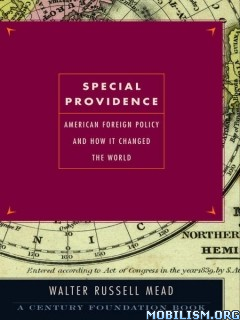