Speaking Qur’an: An American Scripture by Timur R. Yuskaev
Requirements: ePUB Reader, 2 MB
Overview: In Speaking Qur’an: An American Scripture, Timur R. Yuskaev examines how Muslim Americans have been participating in their country’s cultural, social, religious, and political life. Essential to this process, he shows, is how the Qur’an has become an evermore deeply American text that speaks to central issues in the lives of American Muslims through the spoken-word interpretations of Muslim preachers, scholars, and activists.

Yuskaev illustrates this process with four major case studies that highlight dialogues between American Muslim public intellectuals and their audiences. First, through an examination of the work of Fazlur Rahman, he addresses the question of how the premodern Qur’an is translated across time into modern, American settings. Next the author contemplates the application of contemporary concepts of gender to renditions of the Qur’an alongside Amina Wadud’s American Muslim discourses on justice.Then he demonstrates how the Qur’an becomes a text of redemption in W. D. Mohammed’s oral interpretation of the Qur’an as speaking directly to the African American experience. Finally he shows how, before and after 9/11, Hamza Yusuf invoked the Qur’an as a guide to the political life of American Muslims.

Set within the rapidly transforming contexts of the last half century, and central to the volume, are the issues of cultural translation and embodiment of sacred texts that Yuskaev explores by focusing on the Qur’an as a spoken scripture. The process of the Qur’an becoming an American sacred text, he argues, is ongoing. It comes to life when the Qur’an is spoken and embodied by its American faithful.
Genre: Non-Fiction > Religion & Spirituality 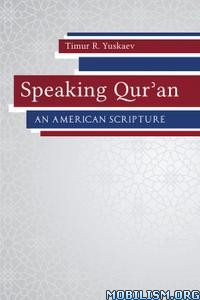