Solo: A Star Wars Story Junior Novel by Joe Schreiber
Requirements: .ePUB reader, 4.8MB
Overview: Board the Millennium Falcon for a galactic adventure that explores the story of one of Star Wars’ greatest heroes! Han Solo leaves his homeworld Corellia behind and dreams of becoming the greatest pilot in the galaxy. But before he can find the perfect ship he’ll have to survive a dangerous job in the criminal underworld! Read along as Han encounters Chewbacca the Wookiee, smuggler Lando Calrissian and other heroes and villains. Author Joe Schreiber captures all the excitement and adventure of the hit film! Features original and deleted scenes that are exclusive to this edition including a comical chase scene on Kessel and more background on Chewbacca! An eight page full-color photo insert helps readers relive their favorite moments from the film.
Genre: Fiction > Sci-Fi/Fantasy 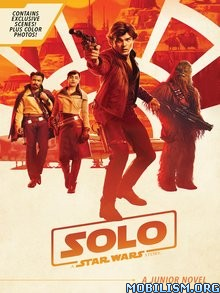