Solbidyum Wars Saga by Dale C. Musser (books 1-3)
Requirements: .ePUB/.MOBI reader, 1.4 MB
Overview: Dale Musser was born in 1944 in a small rural community of Pennsylvania. From 1967 until 2012 he was employed as a structural and piping designer in the industries of marine and offshore resources, cogeneration power and hard rock mining. His work at three shipyards and assignments with several engineering and naval architectural firms during his careers in Virginia, Texas, and Maine, took him to such places as London, U.K., Abu Dhabi, U.A.E., Scotland and Mexico. During this time, he was responsible for the design of reactor compartments for nuclear aircraft carriers and submarines for the U.S. Navy and the structural designs of numerous offshore semi-submersible oil rigs, tanker ships, supply boats, and other vessels and equipment used in the offshore industry. After the death of his wife in 1999, Mr. Musser changed careers and went to work in Arizona and Utah in the hard rock mining industry. He retired in Fall of 2012 and currently resides in Mesa, Arizona; however, his plans for the near future involve a move to New Mexico.
Dale enjoys rock hunting and lapidary work, gourmet cooking, writing, poetry, art, music, religions and philosophy in small doses, astronomy and the sciences in general, hiking, camping, the outdoors and the gifts that nature provides. Mr. Musser is a member of Mensa and remains an avid reader, having lost count of all the books he has read after 3,000.
Genre: Fiction > Sci-Fi/Fantasy 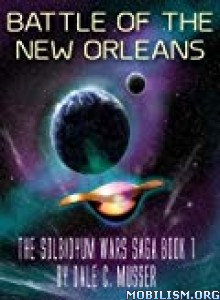 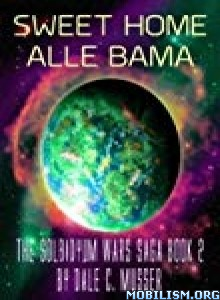 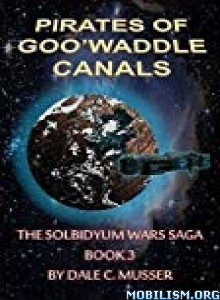 #1 Battle of New the Orleans
Thibodaux James Renwalt, or Tibby as he was called by his friends was just your typical Earthman. Recently discharged from his service in the United Stated Navy and working as an engineer for the city of New Orleans, maintaining the pumps that kept the city dry. Tibby decides to spend some time at fishing hole in the swamp shown to him by his grandfather when he was a small boy, his trip turns out to be more than he expects when he discovers an ancient alien spaceship buried in the mud of the swamp. After entering the craft, Tibby accidentally engages an autopilot causing the ship to take off with him aboard navigating through space to its preset destination. What follows are adventures beyond Tibby’s wildest dreams as, the ship contains a cargo of the rarest and most valuable substance in the universe, Solbidyum. Tibby arrives in the Federation space and is greeted by a large Star Ship with thousands of people aboard. He soon discovers he is about to become the richest man in the universe, but not without considerable enemies trying to capture both him and the Solbidyum cargo. Tibby finds himself thrust into a role of hero and falls in love with a beautiful woman, but soon finds that some of his decisions result in the loss of thousands of lives. Thus begins the Solbidyum Wars Saga with Book 1 –Battle of the New Orleans.

#2 Sweet Home Alle Bamma
Having barely recovered from injuries that nearly took his life in the battle with the Brotherhood of Light to reclaim the Federation star ship DUSTEN, Tibby must fight again in a struggle of a different kind when both he and Kalana are poisoned by enemy operatives. Tibby’s Earth DNA proves to be stronger than the deadly poison; Kalana, however, is rapidly succumbing and must be placed into stasis. One antidote exists against this toxin and it can only be found on the remote planet of Alle Bamma, a non-aligned jungle world on the fringe of the Federation territories. Tibby abandons Admiral Regeny in the Federation’s plan to ambush the Brotherhood at the planet Prolaxen, in order to race to the jungle planet with his crew aboard the space yacht, NEW ORLEANS, in search of the rare rugian eggs that are required to make the antidote. Tibby arrives at Alle Bamma only to discover that the Brotherhood has established bases and drug labs on the planet for processing the illicit drug called God’s Sweat and that they have enslaved the indigenous peoples to harvest and process the drug. In order to save Kalana, Tibby and crew must defeat the Brotherhood, free the natives, find the rugian eggs, and deal with a mysterious god entity called Thumumba.

#3 Pirates of Goo’waddle Canals
A year has passed since the events at Alle Bamma, where Tibby encountered the Brotherhood while attempting to acquire the ruguain eggs needed to concoct the cure needed for Kala’s recovery from an injury inflicted by a Brotherhood conspirator with a poisoned knife. Tibby and Kala are enjoying life together at their estate on Megelleon, when they receive word that one of the Mirage Fighters Tibby commissioned for construction and loaned to the Federation has been taken in a raid by the Brotherhood rebels. The Admiralty has asked Tibby’s assistance in reclaiming the ship, as it has been taken to a non-Federation planet to be reverse engineered. Because the ship has been taken out of Federation space and Tibby is technically the owner, the Federation cannot go after it, lest it be deemed as an act of war against the planet. Tibby, on the other hand will not be viewed in a harsh a light, whatever his efforts may be to recover or destroy the ship.
Tibby has barely begun his mission to retrieve the stolen Mirage Fighter when word arrives that a solbidyum shipment has been intercepted and taken. It, too, has been removed from of Federation territories and its exact location is unknown; so Tibby and his crew must go undercover on a clandestine mission to find and retrieve the solbidyum. During this mission Kerabac must take on the disguise of a Ruwallie Rasson trader, while Tibby and several of his crew disguise themselves as slaves, in order to move about alien worlds in their attempt to find the solbidyum. But their search is hampered by the Brotherhood, who also seeks the individual who has taken the solbidyum. Matters get worse when it turns out there are more Ruwallie Rasson traders operating in the space around the planet Goo’Waddle, who consider Kerabac to be in violation of their guild rules. The Ruwallie Rasson try to commandeer Kerabac’s ship, slaves and cargo as a penalty for his not having joined their cartel. Rumors are also heard of a new enemy force that has aligned itself with the Brotherhood. The rumors imply that this ally possesses a powerful weapon said to be capable of penetrating the RMFF shields of the Federation ships.