Double Kiss, The Break by Ronnie O’Sullivan (Soho Nights, #2, #3)
Requirements: ePUB Reader, 3.5MB
Overview:Ronnie O’Sullivan is widely regarded as the most gifted snooker player ever. In May 2012 he won the World Championship and announced his retirement. He then returned in May 2013, having not played for a year, to win the World Championship for a fifth time.
Genre: Fiction, Mystery, Thriller 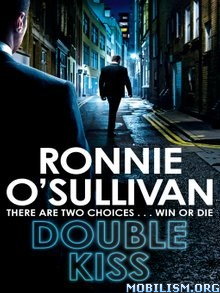 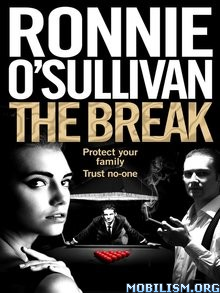 Double Kiss:
There’s no such thing as a quiet life for Frankie James. With his brother out of jail and his debts cleared, Frankie’s thinking about his future until a postcard arrives from Mallorca. It reminds Frankie of something his mother said to him, and is signed off with a kiss. But his mother’s been missing for six years, everyone thought she was dead . . .

When the niece of London’s fiercest gang lord, Tommy Riley, goes missing from her boarding school, Tommy knows there’s one man for the job. That man is Frankie James. It’s now up to Frankie to find her and it’s a race against time.

Frankie must decide is he’s willing to enter the criminal underworld he’s tried so hard to escape from. Everything’s at stake his family, his career, his life. He can’t afford to lose this time, but what does winning mean for him? With temptation at every turn, old habits die hard.

The Break:
It’s 1997 and Cool Britannia’s in full swing. Oasis and Blur are top of the pops and it feels like the whole country’s sorted out for E’s and wizz.

But it’s not just UK plc that’s on a high. Life’s looking up for Frankie James too. He’s paid off his debts to London’s fiercest gang lord, Tommy Riley. His Soho Open snooker tournament is about to kick off at his club. He might even have fallen in love.

But then Frankie finds himself being blackmailed by a face from his past. They want him to steal something worth millions. It’s enough to get him killed. Or banged up for life if he says no.

Frankie’s going to need every ounce of luck and guile that he’s got if he’s going to pull off the heist of the century and get out of this in one piece.