Short Fiction Complete by George O. Smith (2020)
Requirements: ePUB reader, 6.6Mb
Overview: George O. Smith was born on April 9, 1911 in Chicago, Illinois. He was an electronics engineer and science fiction author, most active and prominent in the 1940s in Astounding Science-Fiction. Smith’s collaboration with the magazine’s editor, John W. Campbell, Jr. was interrupted when Campbell’s first wife, Doña, left him in 1949 and married Smith.
Smith, who also used the pseudonym Wesley Long, wrote mainly about outer space. His novel The Fourth “R”, published in 1959, was a digression from his focus on outer space, and an examination of a child prodigy.
Smith was a member of the all-male literary banqueting club the Trap Door Spiders, which served as the basis of Isaac Asimov’s fictional group of mystery solvers the Black Widowers.
Smith continued regularly publishing science fiction novels and stories until 1960. His output greatly diminished in the 1960s and 1970s when he had a job that required his undivided attention.
The autobiographical notes in The Worlds of George O., published in 1982, warmly and modestly evoke his life in the 1940s as a colleague and friend of John W. Campbell Jr., Robert A Heinlein and others.
In 1980, Smith was given the First Fandom Hall of Fame award.
George O. Smith died on May 27, 1981 in Rumson, New Jersey.
Genre: Fiction » Sci-Fi/Fantasy 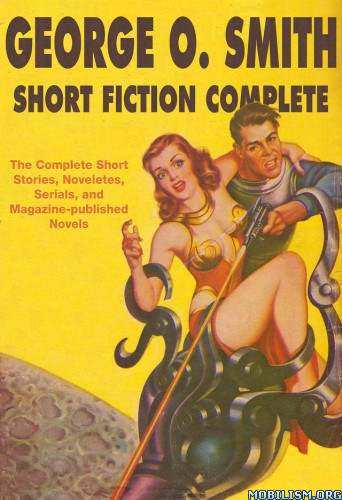