Santuario series by G.B. Gordon (Santuario 1-2)
Requirements: ePUB Reader, 1.3MB / 1.9MB
Overview: G.B.Gordon worked as a packer, landscaper, waiter, and coach before going back to school to major in linguistics and, at 35, switch to less backbreaking monetary pursuits like translating, editing, and writing. Having lived in various parts of the world, Gordon is now happily ensconced in suburban Ontario with the best of all husbands.
Genre: Fiction, Romance, MM 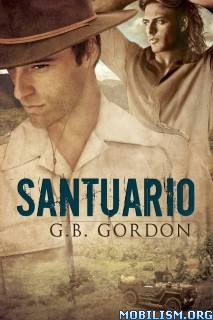 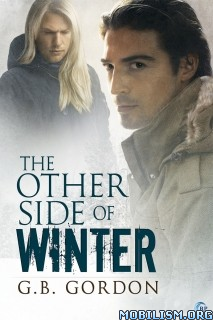 #1 Santuario
Police teniente Alex Rukow has spent his life trapped on Santuario, his people’s isolated home-slash-prison-island. They’ve been living in poverty under the tyrannical regime of their own elite familias for the last two-hundred years, ever since their generation ship landed on the planet and found it already populated by earlier Earth settlers, the Skanians, who banished them to the inhospitable south. Increasingly shamed by the decisions of their ancestors, the Skanians seek to open their borders. But dissent exists on both sides, and in the midst of this explosive political situation, a dead body appears on the island.

Bengt, a Skanian investigator, is shipped to Santuario to lead the murder investigation—which, he quickly realizes, the local teniente wants nothing to do with. As far as Bengt is concerned, things can’t get worse than the brutal climate, his own memories, and a growing attraction to a partner who will barely say two words to him. But then he and Alex run afoul of the local familias, and the problems with their investigation and their budding relationship seem like nothing compared to just getting out of this whole mess alive.

#2 – The Other Side of Winter
Not all wounds are visible.

Skanian investigator Bengt fell in love with fellow policeman Alex Rukow in a week. But that was a year ago, and they’ve been apart ever since. Then Alex escapes the corrupt and destitute island nation of Santuario and comes to live with Bengt. Happy ever after…? Alex’s lifelong dream of leaving Santuario has come true at last. But he finds himself adrift in a society he doesn’t understand. Worse, past nightmares come back to haunt him, and after so many years of suspicion and self-reliance, it’s harder than he imagined to trust someone else.

Bengt just wants Alex to share his comfortable life. But the more he tries to give, the more Alex pulls away. Their physical connection couldn’t be better, but Bengt can’t seem to get through to his difficult, taciturn lover outside the bedroom. Meanwhile, he has his own demons to confront — not to mention a serial killer on the loose. Bengt and Alex must dig deep for the courage to face their pasts, but it may be too late to save their relationship or their lives.