Rumor Has It (1991) novel by Charles Dickinson (ed. Jerry eBooks, 2017)
Requirements: ePUB reader, 1.8mb
Overview:
Consider the life of Danny Fain: Riding a train to work at the second-best newspaper in a two-paper city—Chicago—he thinks he sees a child struck by a car. But did he? Danny Fain is a family man with kids of his own. But he is also a newspaperman. In that glimpsed broken child—dressed as a ghost for Hallowe’en—there is anguish and pain and unimaginable heartbreak, but also a great story. A story that will sell papers. What did he really see? Is the child dead? Did the driver stop? Will the grieving parents consent to talk? Best of all, it is a story that the competition—the TV stations and the other daily paper—doesn’t have. Rather than alert the police, he decides to dispatch a reporter to search for the child.
Events compress. When Danny Fain arrives at the office of the Chicago Bugle, he is informed that the paper is closing. In the midst of covering a city’s news, the doomed Bugle staffers become news themselves. A panicky scratching for survival begins. Loyalties are divided, then divided again. And there is a paper to put out.
Thus begins Rumor Has It, the fourth novel by Charles Dickinson, himself a Chicago newspaperman. With the originality and power that have defined all his fiction, Dickinson brings to bear on the newspaper business a knowing eye both cynical and hopeful, compassionate and daring.
Genre: General Fiction/Classics 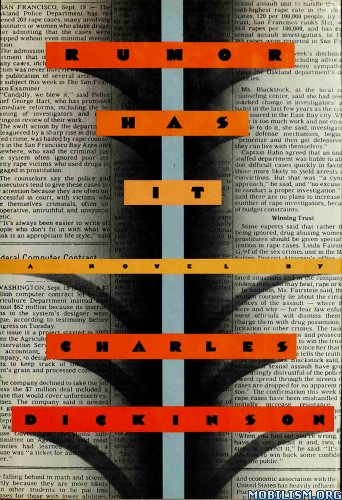