Riviera at War: World War II on the Côte d’Azur by George G. Kundahl
Requirements: .PDF reader, 7.24 MB
Overview: During World War II three distinct forces opposed the Allies – Germany, Italy, and Japan. Few areas of the world experienced domination by more than a single one of these, but southeastern France – the region popularly known as the Riviera or Cote d’Azur – was one. Not only did inhabitants suffer through Italian Fascism and German Nazism but also under a third hardship at times even more oppressive – the rule of Vichy France. Following a nine-month prelude, the reality of World War II burst onto the Riviera in June 1940 when the region had to defend itself against the Italian army and ended in April 1945 with a battle against German and Italian forces in April 1945, a period longer than any other part of France. In this book, George G. Kundahl tells for the first time the full story of World War II on the French Riviera. Featuring previously unseen sources and photographs, this will be essential reading for anyone interested in wartime France.
Genre: Non-Fiction > History 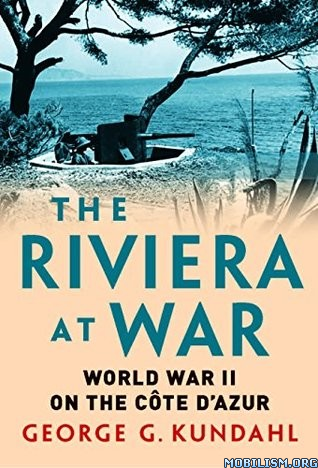