Richard Jury series by Martha Grimes (Books 19,20)
Requirements: .ePUB, .PDF reader, 2.9 Mb
Overview: Richard Jury is a fictional Scotland Yard detective who stars in a series of mystery novels written by Martha Grimes.
Initially a chief inspector, later a superintendent, Jury is invariably assisted in his cases by Melrose Plant, a British aristocrat who has given up his titles, and his hypochondriacal but dependable sergeant, Alfred Wiggins. Many of the novels include Divisional Commander Brian Macalvie of the Devon and Cornwall Constabulary. In addition there is a recurring ensemble of background characters.
Genre: Fiction > Mystery/Thriller 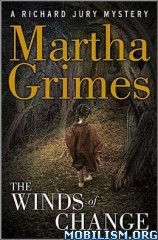 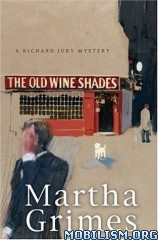 19. The Winds of Change
The murder of an unidentified five-year-old girl in a shabby London street leads Superintendent Richard Jury to suspect well-known financier Viktor Baumann – owner of an iniquitous house on the same street that serves as the hub of a pedophilia ring. When a second unidentified murder victim – this time a woman – is found in the gardens of Declan Scott’s estate, Commander of the Devon and Cornwall Police, Brian Macalvie, thinks there is a connection. Three years prior, Declan’s four-year-old stepdaughter, Flora, was abducted. Jury and Macalvie rake over the present and the past in a pub near Launceston called the Winds of Change. All signs point to the guilt of Viktor Baumann, Flora’s biological father. But, when no one in this case is exactly who he seems, how can Jury be sure?

20. The Old Wine Shades
"The dog came back."
"This is a joke, right?"
"No, it isn’t. . . . So do you want to hear the rest of it?" Dumbly, Jury nodded.
The rest of it is told by Harry Johnson, a stranger who sits down next to Richard Jury as he’s drinking in a London pub called the Old Wine Shades. Over three successive nights Harry spins this complicated story about a good friend of his whose wife and son (and dog) disappeared one day as they were viewing property in Surrey. They’ve been missing for nine months-no trace, no clue, no lead as to what happened.
He’s a fascinating bloke, this Harry Johnson-rich, handsome, unattached, and brainy about the esoteric subject of quantum mechanics, a field in which the vanished woman’s husband, Hugh Gault, excels: He’s an authority on string theory, which has some pretty funny notions about the nature of reality.
Jury wonders, Is Harry Johnson winding him up? Or did it really happen? The dog did come back-but how? And from where? And when Jury investigates, all seems to be just as Harry described it.