Reborn Spoiled Ming Wangfei by Chen Zhen Zhen
Requirements: ePUB Reader, 801 KB
Overview: Once, because of a pair of purple eyes he was scorned. He is a wangye known across the land, cold and bloodthirsty, looking disdainfully upon the world. Once, because of a mother’s death she received a father’s resentment. She is a publicly known junzhu whose looks have been destroyed, pitiful and weak. In reality, he has a pair of this world’s most beautiful eyes, the most formidable background, the most imposing strength. In reality, she has a peerless face, the most unshakable background, and the most ingenious medical skills. She, Lan You Nian, aloof and cold-hearted, underneath the appearance of a celestial maiden is a battered, wounded heart. When the cruel and ruthless him met the indifferent her, who adores who most deeply? Who once again puts a smiles on for whom?
Genre: Fiction > Fantasy 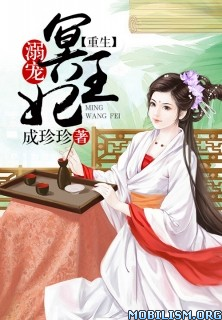