Perdition Games Series (2-4) by L. E. Fraser
Requirements: ePUB / MOBI Reader, 4.8MB | Retail
Overview: L.E. Fraser completed her post-secondary education in Toronto and moved to London, Ontario with her husband, two sons, and three pugs. Raised on military bases, her introduction to unique people and experiences fed a lifelong desire to write. She combines her passion for psychology and criminology in her Perdition Games novels, where the monsters you can’t recognize are more frightening than the ones you can.
Genre: Fiction > Mystery /Thriller 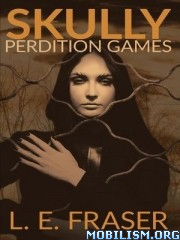 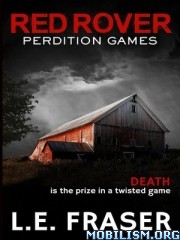 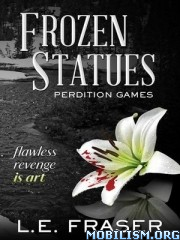 #2 – Skully
Six months after an unspeakable crime, Michigan police find a missing five-year-old wandering across the frozen surface of Lake Superior. Authorities discover her abductor brutally murdered in a wilderness cabin, but the child has no memory of her captivity or rescue.

Thirty years later, Gabriella vanishes again after making a frantic call to 911. A gruesome crime scene shocks authorities and evidence of homicide leads to the arrest of her husband. To protect him from prison, Toronto PI Samantha McNamara and former police Inspector Reece Hash must unravel Gabriella’s haunted past. And the key lies in the ominous truth behind a thirty-year-old abduction.

But the web of deception that Sam has woven around her own past begins to disintegrate when their investigation reveals clandestine ties her father had to Gabriella’s childhood. As Reece’s suspicions mount, Sam struggles to guard her family’s secrets and untangle the mystery that is Gabriella.

#3 – Red Rover
How far would you go to protect your reputation?

An ex-football player is savagely murdered. A National Ballet dancer inexplicably commits suicide. The only link between the two deaths is Dr. Roger Peterson, a famous psychiatrist and bestselling author.

Toronto PI Samantha McNamara can’t accept that her childhood friend manipulated the emotionally fragile dancer into committing suicide or that he’s capable of murder. But the victim’s schizophrenic wife is Roger’s lover and patient. And her husband intended to go public with a complaint that would destroy the doctor’s life.

When Sam’s fiancé, former police inspector Reece Hash, receives a troubling suicide letter from the ballerina, they realize that Roger’s unethical conduct could be the symptom of a deeply disturbed mind. Or the doctor has unwittingly become a pawn in a killer’s deadly game. As the pieces slowly fall into place, Sam and Reece are plunged into a terrifying nightmare. Their only chance of survival is to outwit a psychopath whose greatest pleasure is the game.

The rules are simple: trust no one, believe nothing, and stay alive.

#4 – Frozen Statues
In the bitter cold of a Canadian winter, seven university freshmen vanish without a trace. Soon afterwards, police discover a ghastly crime scene—the victim is frozen solid and his eyes are missing, replaced with black stones. A week later, they find a second frozen statue at an identical crime scene.

Toronto PI Samantha McNamara suspects a copycat is mimicking Incubus, the serial killer who brutally murdered her sister three years earlier. And when Incubus writes to her from a maximum-security prison, Sam is certain that the psychopath holds the key to saving the remaining students.

But as the hunt for the young men intensifies, Sam is unwittingly lured into a lethal trap, intricately planned to destroy her. Haunted by the signature white lily that Incubus tattooed on all of his victims, Sam grows obsessed with uncovering the meaning behind the flower. Her partner and fiancé, former police Inspector Reece Hash, watches helplessly as Sam rushes headlong into destruction. With time running out for his fiancée and the abducted students, Reece must unravel a psychopath’s twisted game. And do it before the serial killer poses his next work of art.

Five young men wait in terror. Which will be the next frozen statue?